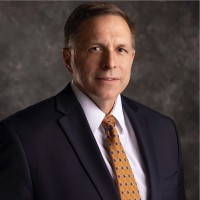 “Aligning all regions under common leadership just makes sense,” said First Merchants President Mike Stewart. “Having Mike in this important role will help us increase effectiveness and better serve our clients and communities.”

“I look forward to bringing our collective expertise to all four states we serve,” said Hurst. “With a localized approach, we can further meet the needs of our clients in all regions and continue to build upon our footprint.”

Hurst, a graduate of Purdue University, with bachelor’s degrees in Management and Psychology and a master’s degree in management, brings more than 25 years of experience in the industry. Previously, he worked in commercial credit and sales for National City Bank, now PNC Bank.

Hurst and his wife, Pam, live in Martinsville, Indiana and are active in community organizations. Mike is the President of the Morgan County Economic Development Corporation and serves on the Boards for Susie’s Place Child Advocacy Center and Lynx Capital Corporation, a minority lending organization.