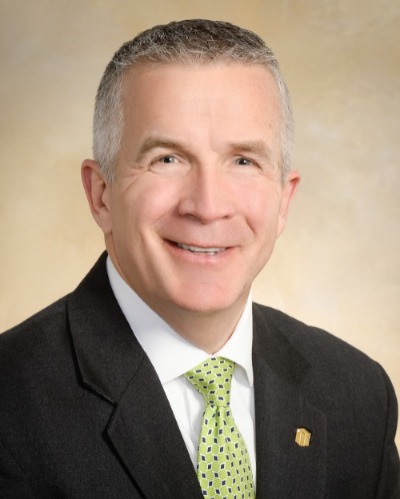 MUNCIE, IN. -- First Merchants Corporation (NASDAQ - FRME) today announced David Greene as the new Region President of Indianapolis. Greene will oversee all market operations and build upon the company’s recent growth in the city.

Greene will focus on furthering First Merchants’ community-based approach by working with local residents and businesses to provide financial advice. He had worked 13 years as Commercial Banking Manager and for the past year and a half, served as Market President of Hamilton County. Greene will now expand his responsibilities across the Indianapolis region to further business development efforts across the market.

“David’s background and personal investment in the community provides the trust and leadership continuity developed through long-term relationships and ongoing investments within Indianapolis,” said First Merchants President Mike Stewart. “David is reflective of our bank’s strong history of attentively helping people prosper across the communities we serve, whether business owners or consumer residents.”

“I look forward to continuing the momentum by providing a people-focused approach to banking that will drive results for customers, employees and our community,” said Greene.

Greene began his career with Comerica Bank in 1985 where he served in several commercial banking roles. His financial leadership continued as the Vice President and Middle Market Team Leader for nine years at Fifth Third Bank before joining First Merchants.

Greene graduated from Michigan State University where he received a bachelor’s degree in Business Administration/Finance. He is an active member of St. Maria Goretti Catholic Church and serves on the board of the Hamilton County Community Foundation and Impact Indiana. He is an avid cyclist and a member of the Heroes Foundation Cycling Team. Greene currently resides in Carmel, Ind. with his wife, Annette and two sons, Jake and Kevin.